There is such a stark contrast between our times in towns and our times on the trail. We go from one extreme to the other: from getting up early, spending all day on our feet, out in the open air, eating food out of ziplock bags to sleeping in, lying around in an air conditioned motel room on a soft bed, walking as little as possible, and eating as much as possible. Essentially, from extremely active to extremely lazy. And I love it! I love being able to order a big meal at a restaurant and finishing the entire thing (although Jason says he now has to rethink his ordering strategy to no longer include eating what’s left of my plate!). I love getting a little pang of afternoon hunger and filling it with whatever it is I’m craving – today a McFlurry. 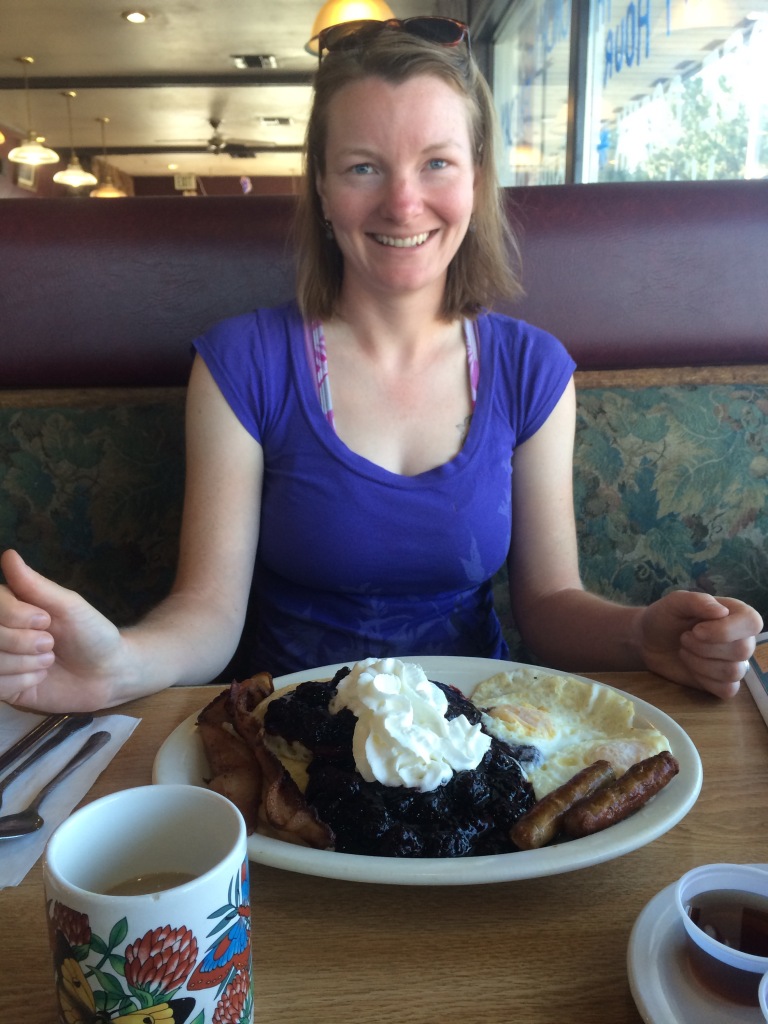 ate all but 2 bites

We are zeroing today at the Charm Motel (hiker discount) in Burney, California, a little town big into fishing, and not much else. We hadn’t planned to zero or even come into this town, but here we are and happy we did.

We just completed a tough stretch of trail. Hat Creek Rim, although one of the flattest sections, is also one of the hottest and driest. It is a 29.4 mile hike on top of the rim with no water and little shade, felt a bit like being back in the dreaded desert. A lot of it was through an old burn section, so at one point in time, it had been shadier.

Our plan was to do it all in one day, but after a 27 mile day before, my feet were aching and the heat was getting to us, so we put in 25 and called it good. We did carry enough water with us to be able to camp and have a little for the 4 mile hike to the creek the next morning. It was nice to be able to see Mt. Shasta for the first time, and the view of the valley below was nice.

first view of Mt Shasta, through a burn area

So the next morning, we decided that rather than stopping at Burney Falls State Park, where we’d planned on a quick resupply, meal, and shower, we’d earned ourselves a bed in town, especially since the last town we were in didn’t have any beds for us. This time we called and booked ahead before hitching in.

We had the nice big lunch special at the Chinese restaurant, where we learned, with the free wifi there, that the new shirt I ordered online and was having shipped to the state park wasn’t going to be there until Monday. Oh well, another day in town.

This last stretch also included Lassen Volcanic National Park, which was very cool. It is also very cool that as PCT hikers we get to pass through a lot of national and state parks for free, seeing parts of them that many tourists never get to experience, as well as some other perks I’ll get into in a bit.

Lassen is still an active geothermal area.  Its last eruption was in 1921. We did a side trail to Terminal Geysere, which is actually a big steam vent.

We walked past sulphur-smelling Boiling Springs Lake, literally boiling, with an average temperature of 125 degrees, and it’s bubbling mud pots. 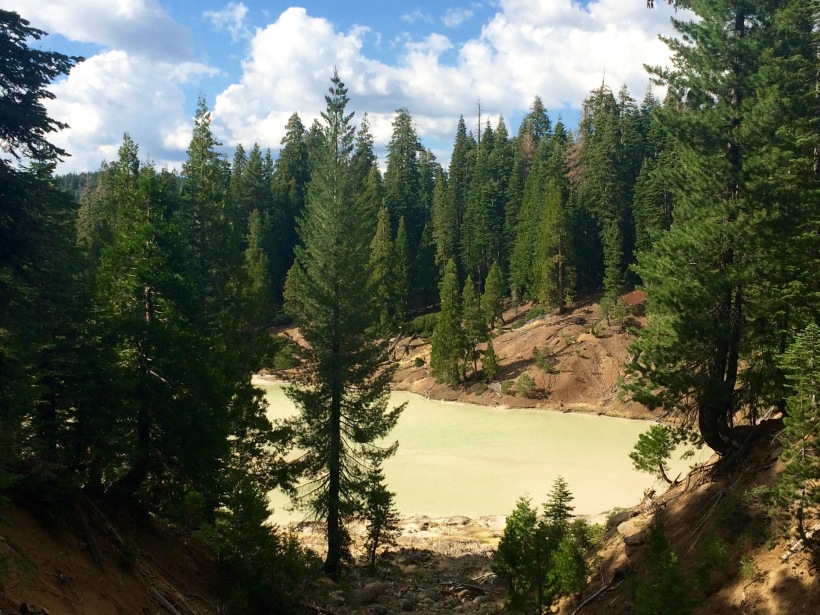 Then we got to Drakesbad Guest Ranch, one of the best perks on the trail, in my opinion. Another hiker we’d been leap-frogging dubbed it the best shower on the trail. I would concur. Plus, it was free! They also allow hikers to swim in their hot spring-fed pool (during the guest dinner hour). It felt so good to take a refreshing shower then emerse in the warm pool for a quick soak. Then, we got an all-you-can-eat buffet BBQ dinner for $14! And this was real food, not the diner food we’d been getting off trail. Real fresh salad, super sweet corn on the cob, baked potato drenched in butter and sour cream, and a variety of grilled meats– the perfect summer meal.

We’ve got a few more town stops in California, with Oregon on our mind!

P.S. Next mail stop will be in Ashland, Oregon. Check the “where we’ll be” page for date and address. 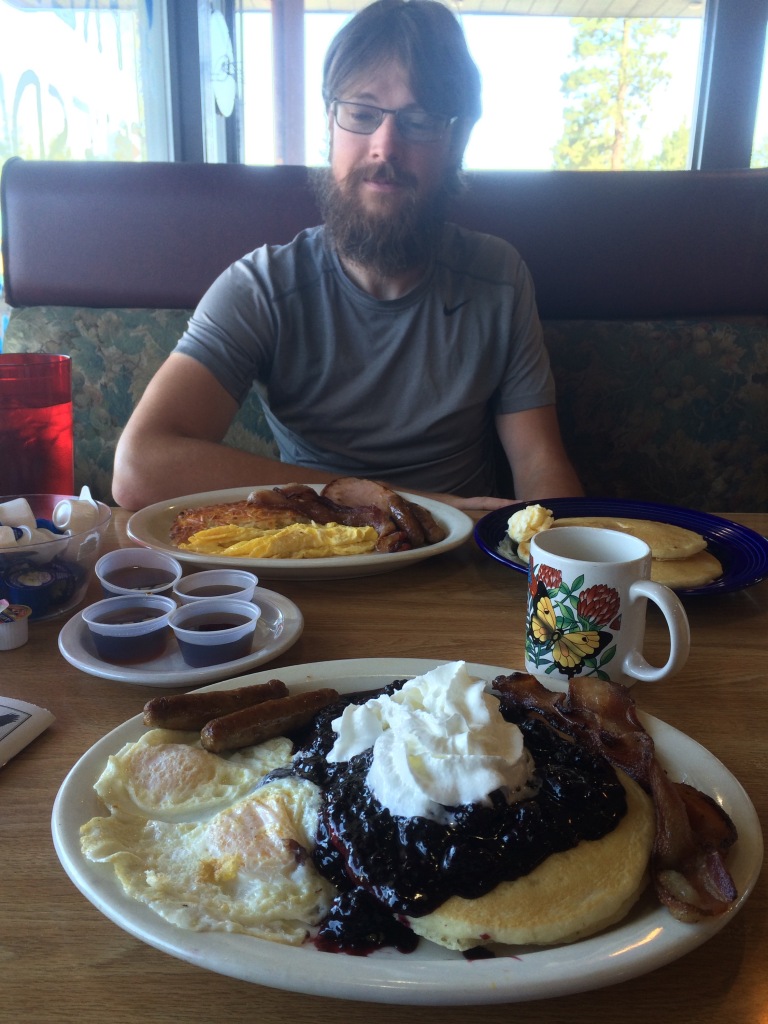 yes, he ate all his

There was an error retrieving images from Instagram. An attempt will be remade in a few minutes.