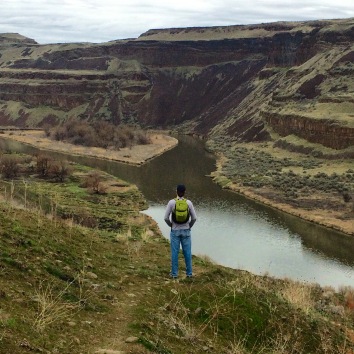 I write this as many soon-to-be thru hikers are in the final stages of preparing for their hikes. I can’t say that a part of me isn’t a little envious and doesn’t long to be out there with them. I still long for the simple life the trail provided, for all that time spent out in the open air, even for the feeling of sheer exhaustion at the end of the day that only a thru-hike can bring.

Yet, I can’t say I’m not enjoying where I am right now. Writing is now the major focus of my life, and I love it.

Also, I am realizing what an influence the trail had on my writing.  When I started the PCT, my novel was more than half finished. But it wasn’t until I was hiking that I began to understand what it means, and what it takes, to be a writer. During the long miles of walking day-in and day-out, I let the story percolate. I spent hours a day just walking and thinking, until the novel bloomed in my mind. I sketched out fragmented outlines in my tent at the end of the day by the light of my headlamp. I was often too exhausted from hiking to go into much detail, but was determined to at least get the bare bones of the day’s thoughts down.

After the trail, I sat down with those fragments and finished the story. I am now deep in the slow and methodic process of editing, culling and crafting each sentence of that flimsy first draft into workable prose. I go back to my time on the trail again and again for motivation. The days of slow progress walking my way up the west coast proved great practice for the slow days of editing. 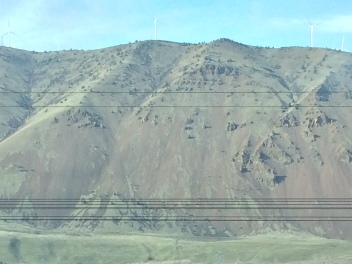 Columbia River Gorge, driving to my first interview for The Passion Project

Along with novel editing, picking up a little grant writing work, and some freelance blogging (that actually pays!), I’ve also created a new web site. The Passion Project is an exploration of passionate people and the work they love. Here’s a little preview, since I think those that enjoy nature and hiking are often interested in passion:

Sufi mystic and poet Rumi said, “Respond to every call that excites your spirit.”

I met a guy in line at Starbucks who found a three cent nickel while digging in his garden, dated 1859. He brought the worn coin out of his pocket to show me, and proceeded to tell me the fascinating history around this era, so eloquently. Then he picked up his latte and left.

That was what excited his spirit.

I heard a story on NPR about a scientist who has been studying how oysters and mussels make the glue that helps them stick to rocks. He has been studying this for 13 years! He said he’d love to invent that billion dollar recipe for surgical glue, but it isn’t the end result he’s interested in—he loves the process. He came up with the idea while scuba diving. When he was being batted around by the waves on a stormy day, he noticed the mussels and barnacles were staying put. They were sticking firmly to the rocks that his face was bashing up against. And then he knew—that’s what he wanted to study.

That’s what excited his spirit.

I love running into these moments of the excited spirit. I love to see what makes your face light up when you talk about something, what carries you away, what you geek out on. I love the way the tone of your voice changes, the way you start talking faster or, sometimes, slower. Your eyes get a little wider, cheeks ever-so-slightly flushed, a little short of breath.

You could say that is what excites my spirit. I have a passion for passionate people.

Read the rest of the story here, and the first installment of The Passion Profiles, where I spend the day with a museum curator here.

among the winter wheat in Walla Walla

I haven’t abandoned adventure, and will continue to use Going Wherever It Leads as the place to document the adventures of Comet and Not-a-Bear. We’ve already got some new plans in the works!

And if you’d like to read more about the post-trail re-acclimation process of some other hikers, some we met along the way, check out this blog.

Visited a peony farm today. Beautiful varieties I’d never seen and picked up a bright red one for our garden then had to figure out where to put it. #notabadproblemtohave .
As a beginner gardener it amazes me how much I can learn just from digging in the dirt. 🥀dug up these lilies of the valley to transplant and was amazed how deep the roots of these tiny flowers go and what an underground network they create for each other to thrive. 🌸 Welcoming any tips on transplanting these and this trillium...
Great day for gardening and feeding slugs. .
Dandelions are so under appreciated. Just little pops of sunshine. I love them in my yard and in the woods.