So we have tamed down our adventures for the month of August, quite to my liking. Over the eclipse weekend, we rediscovered the joys of car camping. Car camping so lazy that on Sunday we only roamed a few hundred feet the entire day –down to the river and back to cool off. We had a sweet set-up along the John Day River beside a giant juniper that provided shade, along with a tarp, to just relax all day in this no-cell-service-no-internet zone, with some friends, whose gourmet car-camp cooking put ours to shame.

Jason had an in with this rancher in the middle of nowhere Eastern Oregon (Twickenham, to be exact), beautiful canyonlands and ranch country near the Painted Hills, that has a similar feel to the Southwest.

Some photos of the ranch: 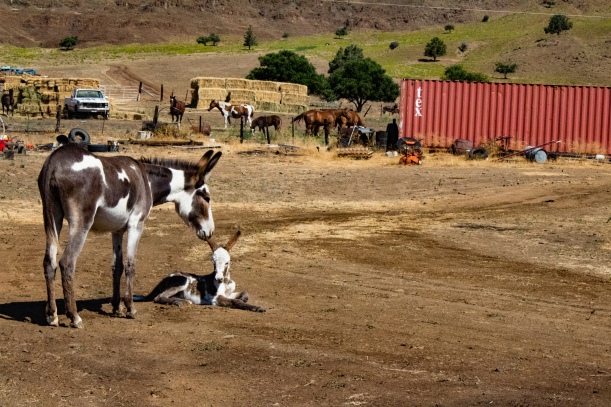 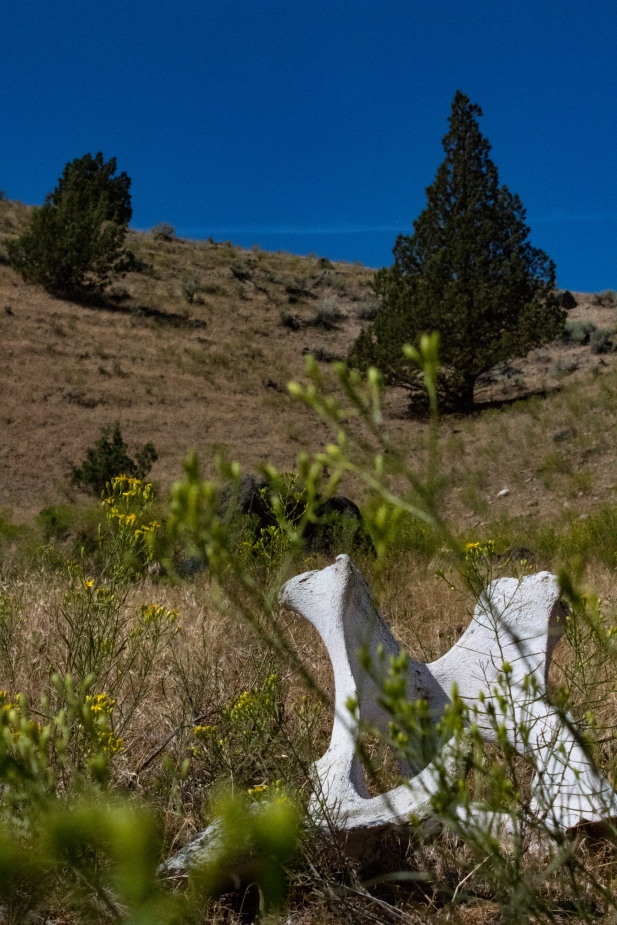 litter along the cow path 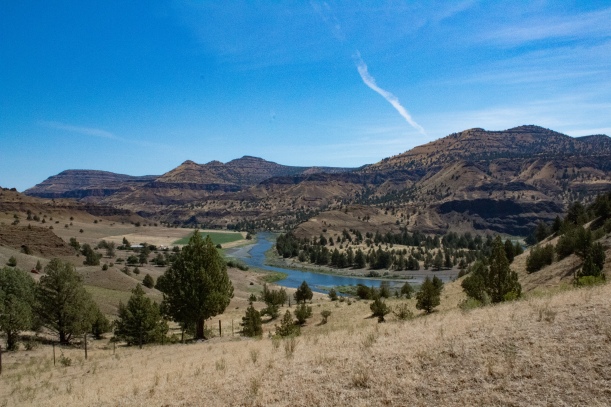 view of the ranch from a nearby hill 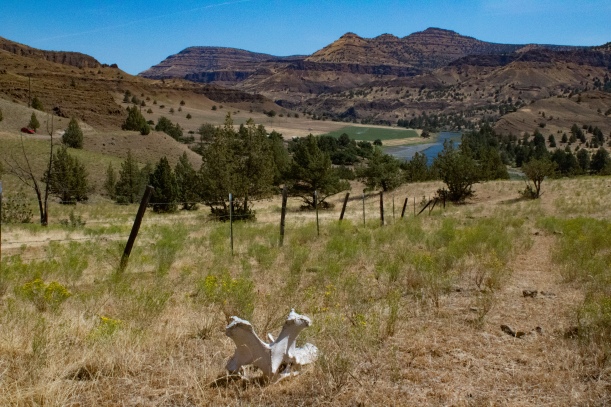 another nice shot of the cow pelvis 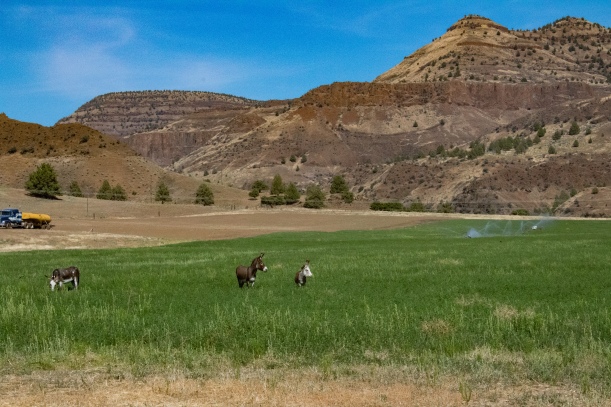 more donkeys (I was kinda obsessed) 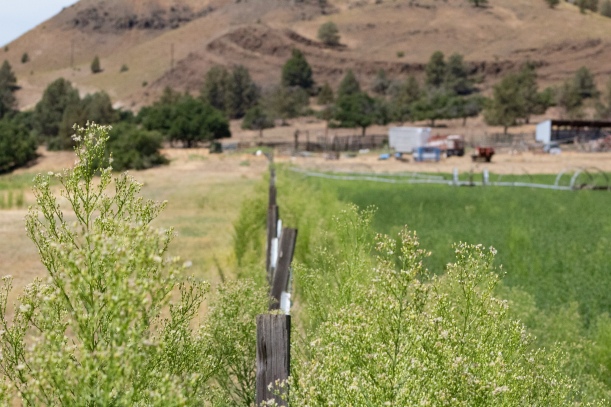 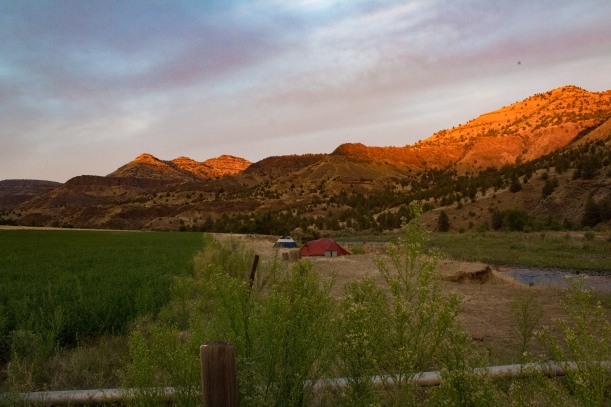 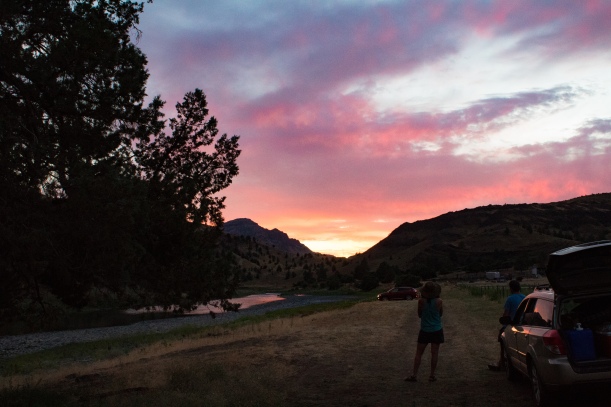 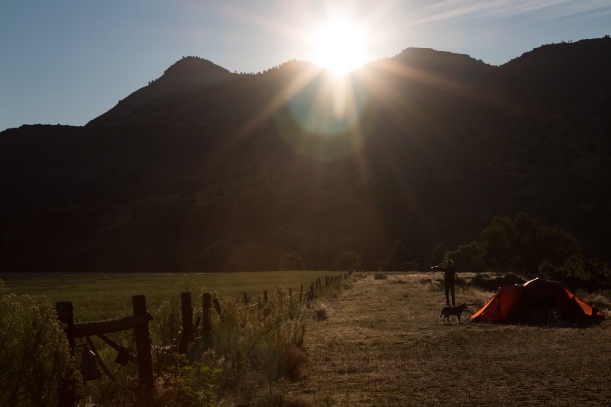 morning of the eclipse, breaking camp, love that morning light

Then, for the eclipse we drove up to a part of the ranch on the height of land with amazing views of hillsides, valleys, and Mt. Jefferson and Hood in the distance. It was a perfect morning –just enough clouds in the bright blue sky to make it interesting. Before the event, I wasn’t quite convinced it was necessary to drive four hours away, brave the traffic (which was mostly hype –there was no traffic getting there and mostly minimal coming back), all for an extra 3% of coverage. (Walla Walla was at 97%) But man, Jason was right, that 3% made all the difference.

He described the difference like this –what was something you looked at in the sky all of a sudden became an event all around you. And that’s how it felt. As the moon overtook the sun, the air slowly became colder and colder, even though it was still bright. The quality of the light changed so that everything looked different, a sunset orangey tint to the air. Then during the two minutes of totality, you could whip off your glasses and look around. The sky became night, even a few stars were visible. A 360 degree sunset spanned the purple clouded horizon. And the moon! It was total black with a crisp thin bright white line of light all around it that twinkled. It was amazing. I would definitely drive even further to experience it again. (2024?)

I hesitate to post photos because I did not have the lenses nor the skills to do it justice, but here’s a pale hint of what it was like: 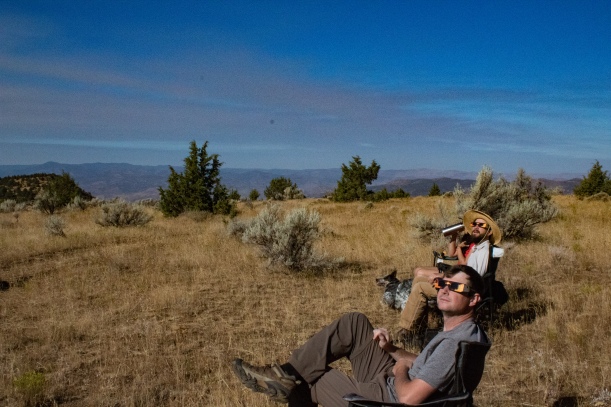 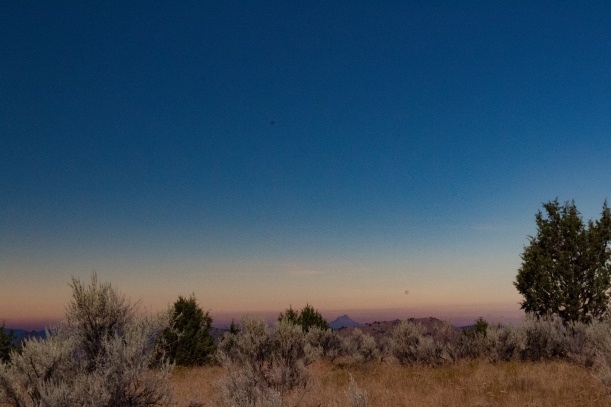 Mt. Hood on the horizon, sky getting darker 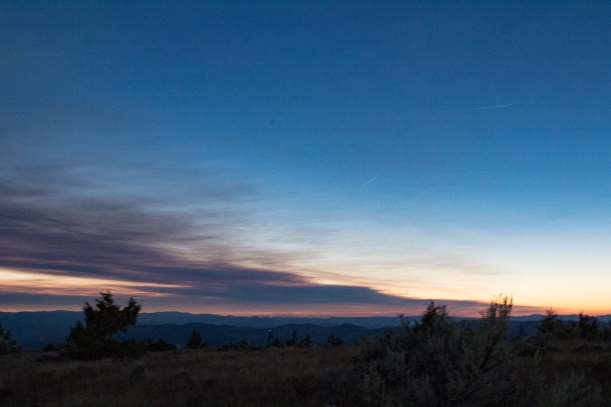 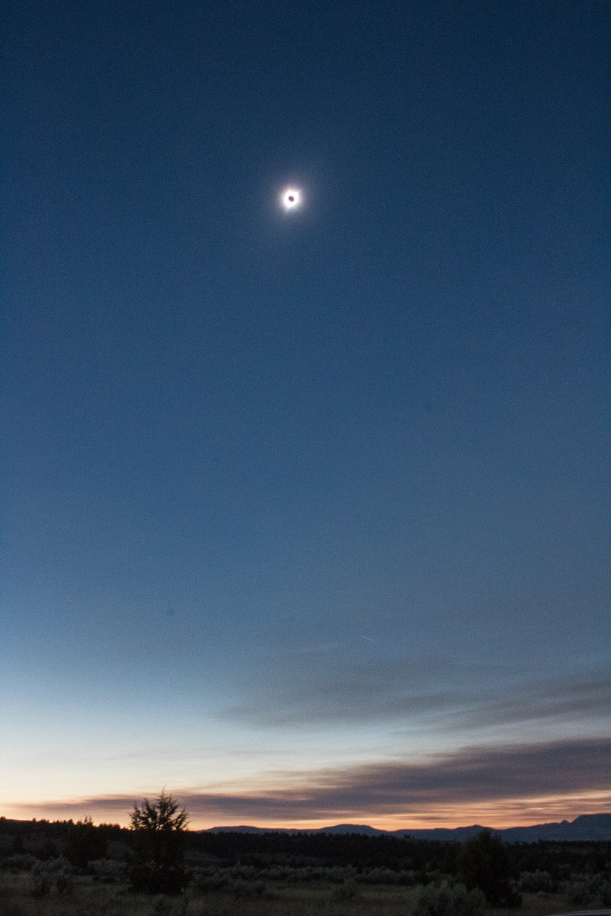 this photo really doesn’t do the total eclipse justice 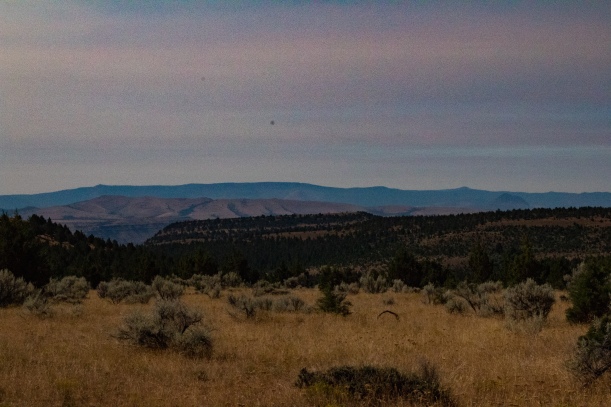 coming back to light

What an awesome show last night @snowpondcenter. Started rocking the moment we got there with Arrested Development then as dusk came down on a beautiful Maine day @michaelfranti was just what my world needed. After the last couple weeks (years) I really needed to hear his message of love and hope and be surrounded by people who believe in it.
One more photo from Rockland (check out link in my bio for a post of the trip on my resurrected blog!). This is @veronica_a_perez’s solo exhibition Voices, Whispering, both funky and moving. And then a few photos from a workshop Veronica recently gave with @cdmplay for kids to design fabric flowers to be part of the museum’s new exhibits hall. It was really cool for Emily to create something that will be part of the museum and work with a real working artist (she went a little crazy with the tie dye and that was the most true-to-form and studied drawing I’ve seen her do!) and it was very cool for mama to get to chat with this artist in her studio with her work-in-process (find that conversation on the children’s museum blog) and then see the final product installed @cmcanow
I started this junk mail collage a few months ago to start processing yesterday’s decision…I’m still processing, I’m ineloquent, I’m sad and mad as hell, and haven’t found the hopeful perspective I know I will eventually come to, but for now I just need to be these things and I want everyone to know it. (Also this isn’t truly junk mail as I am a strong supporter of @plannedparenthood and as of today a monthly donor, which I’m grateful to have the privilege to do but doesn’t feel like enough)
And one more from yesterday’s short sojourn- To the lighthouse on the Breakwater Trail.